If you want to learn how to play, the most comprehensive way is through the rulebook! You can download a PDF of it right here!

If you are not the type to want to read through an entire manual right away, you can download a PDF of the Quick-Start guide listed below!

It is still reccomended that you read through the rulebook at some point just to familiarize yourself with the games finer points. For a more visual experience, we can join a game in progress. Looks like it's near the end! 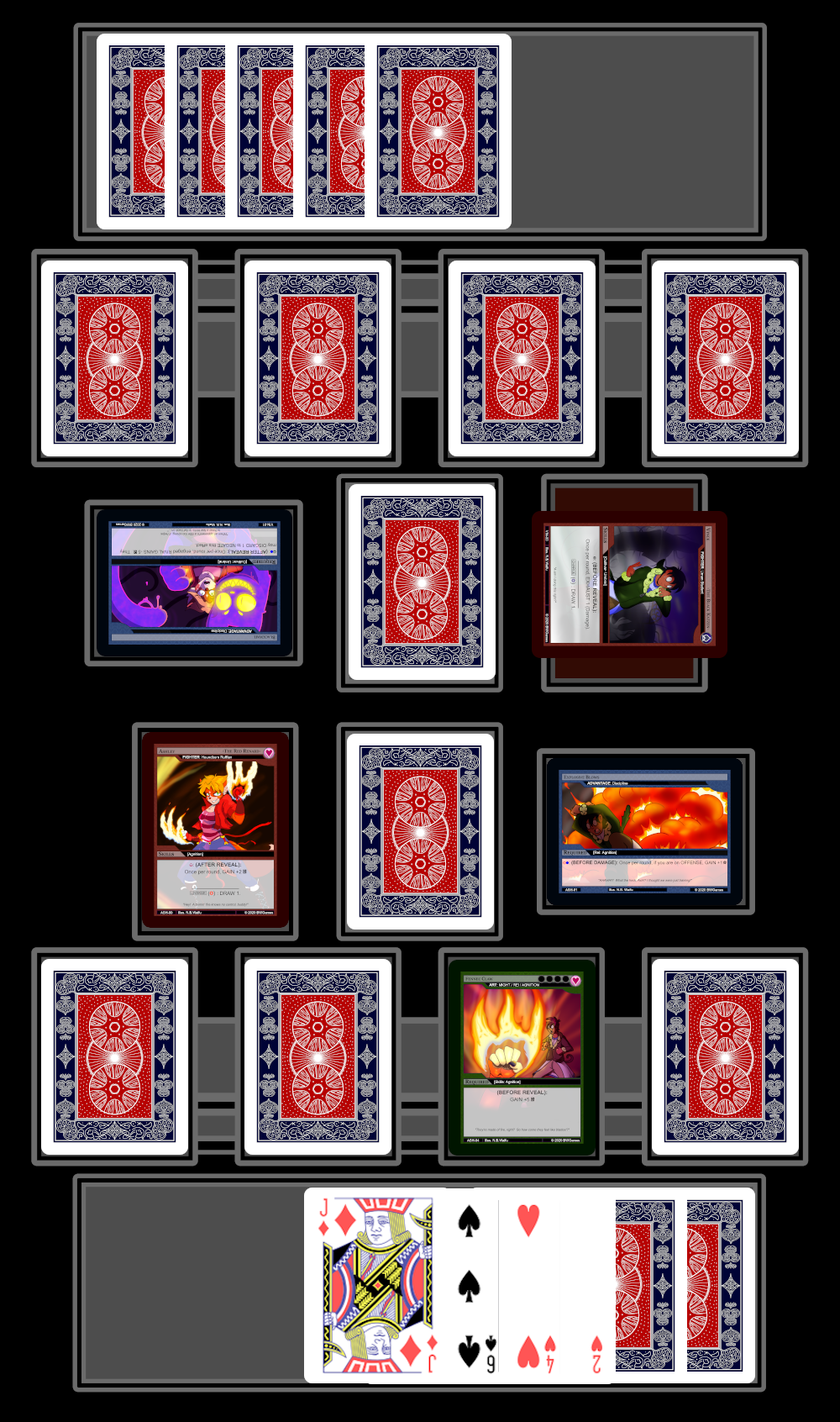 Player A (Bottom) appears to be on the Offensive, meaning they're poised to deal damage if they win the Showdown! 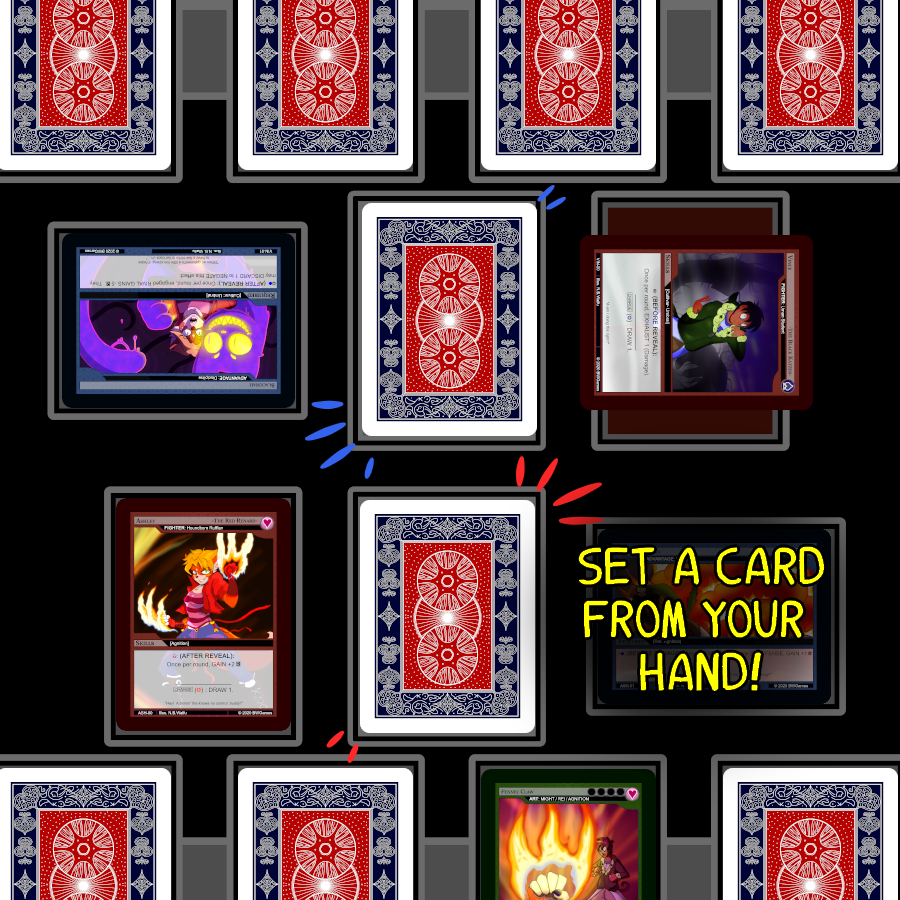 Both Players place a card from their hand face down next to their Muses.

BEFORE revealing their card, Player A has exhausted a Two (2) of Hearts in their damage zone to activate the Art [Fennec Claw]! This will give Player A's Muse an additional 5 Power!

Now that both players appear ready to go, all that's left is the... 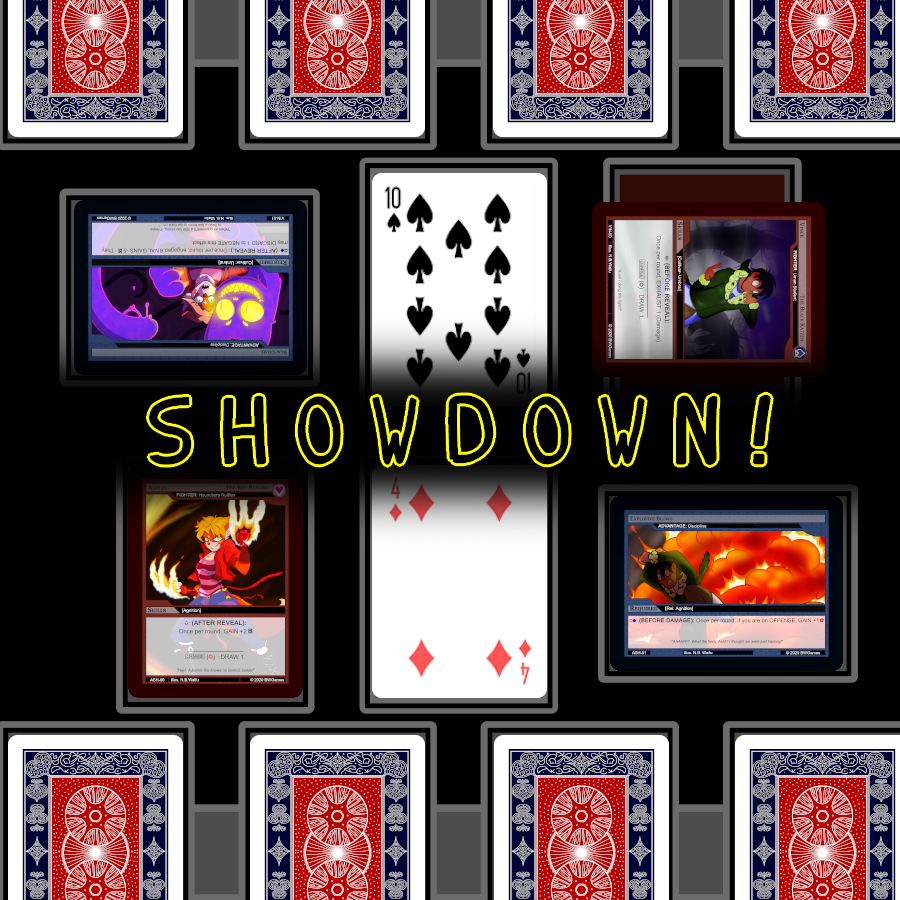 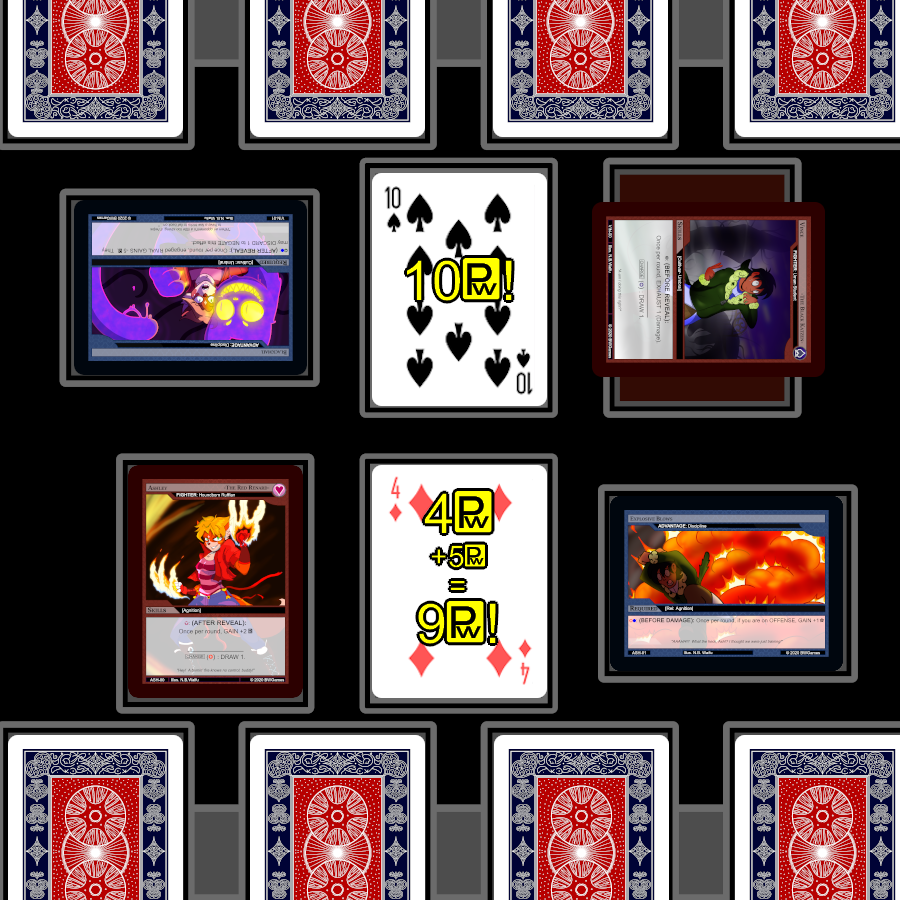 Things dont look good for Player A! Player B (top) has played a Ten (10) of Spades! Even with the power boost from their Art, Player A is just short of beating their Rival with 9 Power! 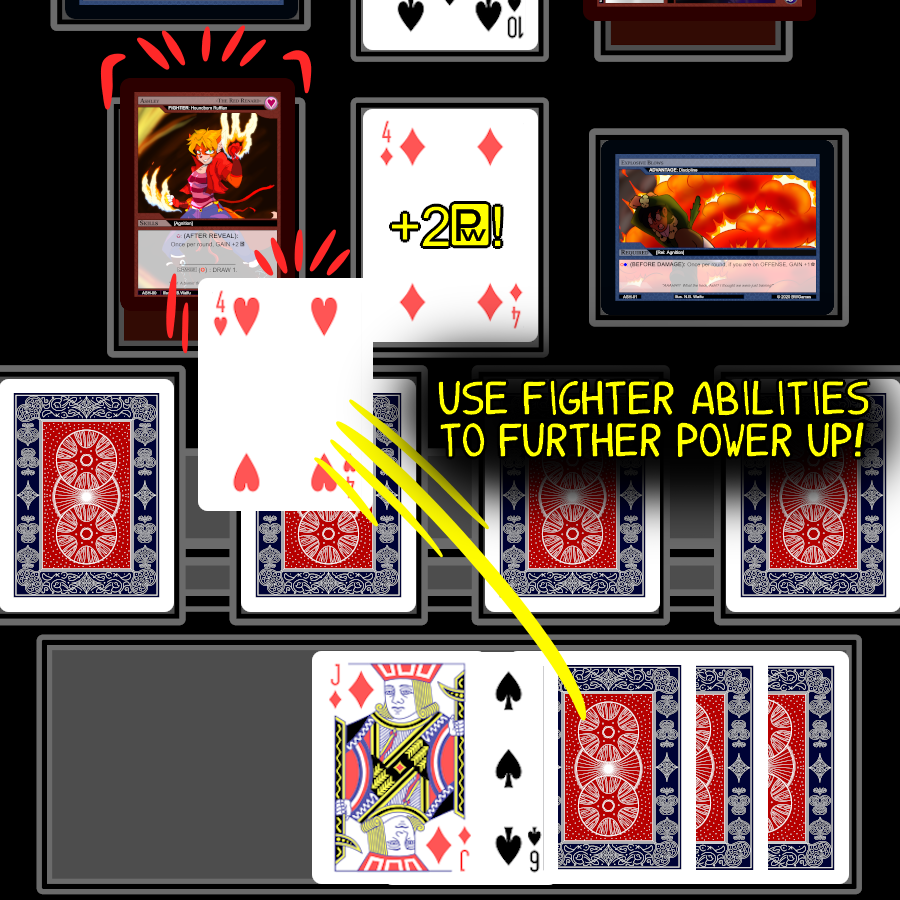 AFTER the cards have been revealed, Player A thinks fast and activates their Muse's ability! [Ashley -The Red Renard-] can GAIN 2 Power for the cost of a Heart! 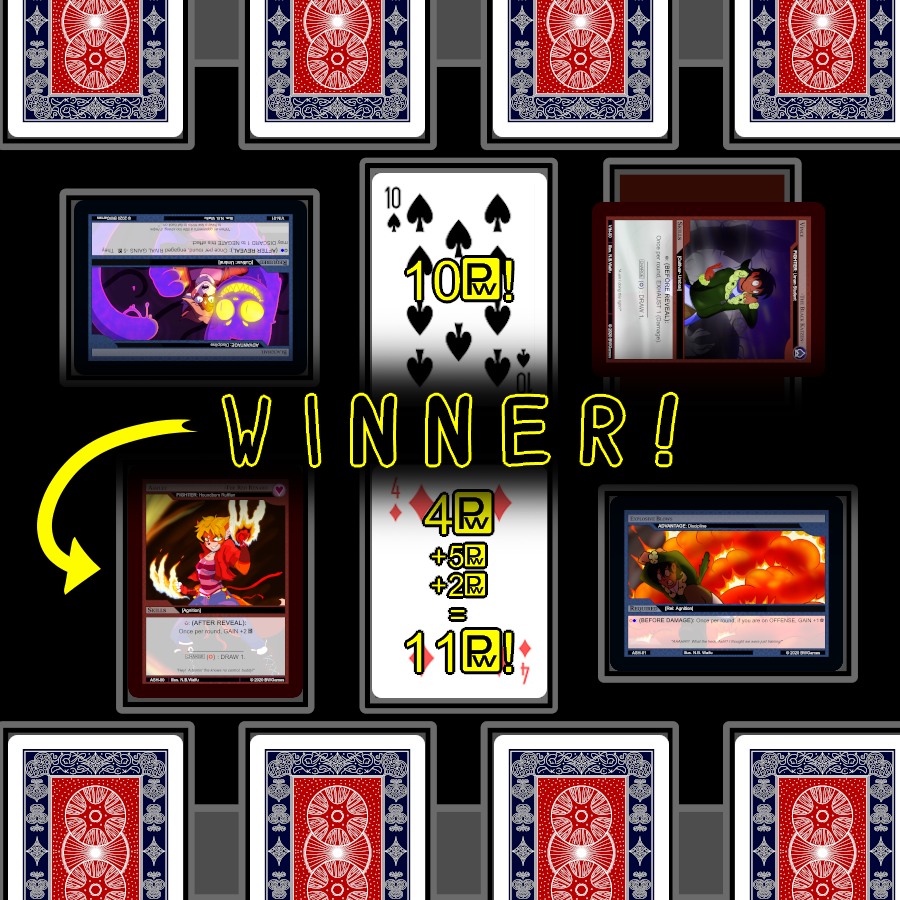 With a total of 11 Power, Player A wins the Showdown! 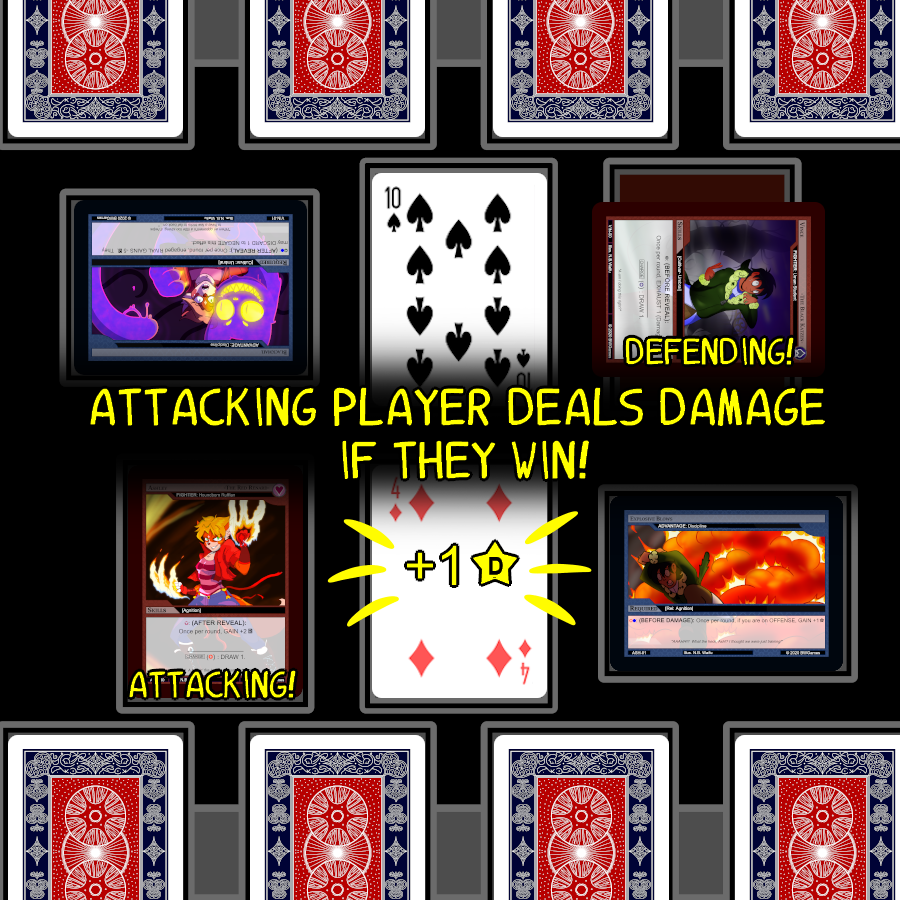 Since Player A's Muse is in Offensive position, that means winning the Showdown will allow them to deal 1 Damage to Player B! 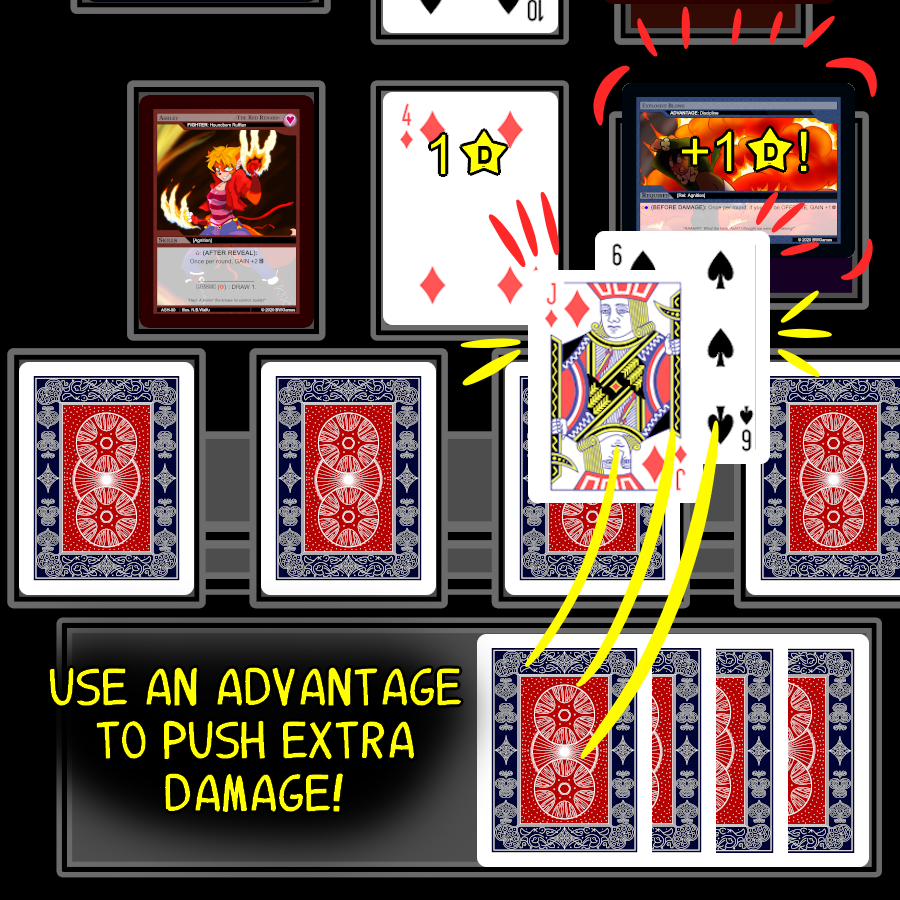 Oh! Before the Damage is dealt, Player A uses the last of their face up Damage to activate their Advantage: [Explosive Blows]! This will allow them to push through 1 more point of damage to Player B! 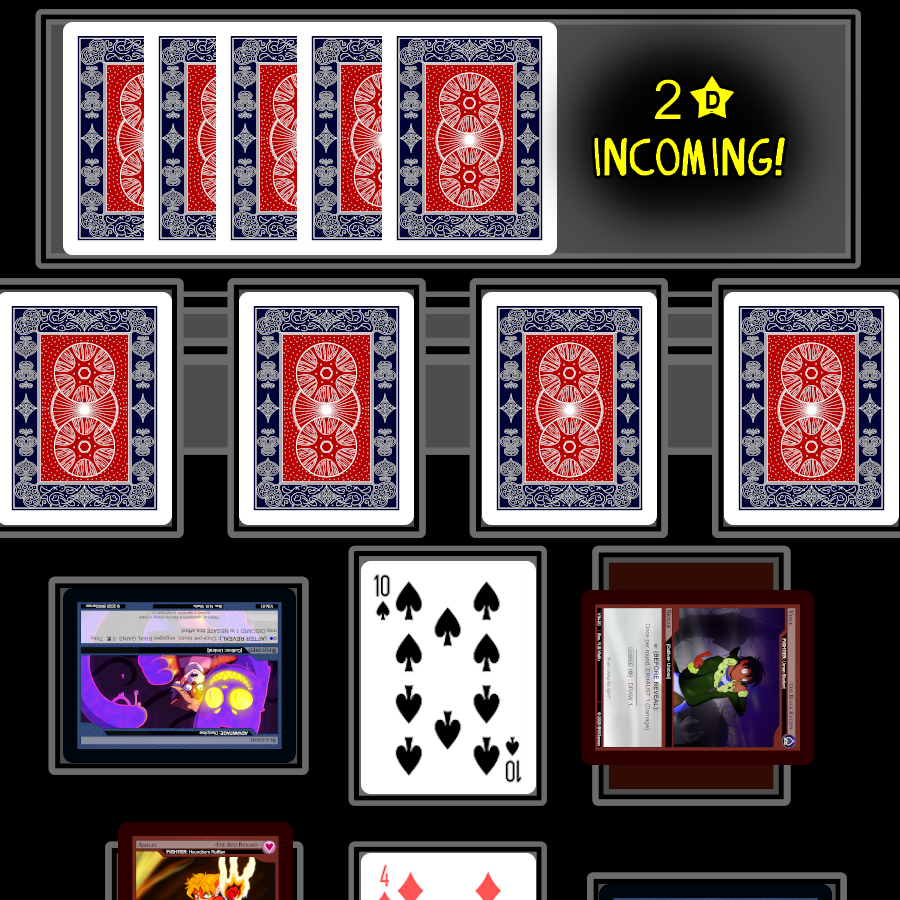 Player B is not blocking this Damage incoming! It's gonna hurt!

By flipping the top card of the Action Deck onto the Damage zone, Player B takes each damage one at a time! 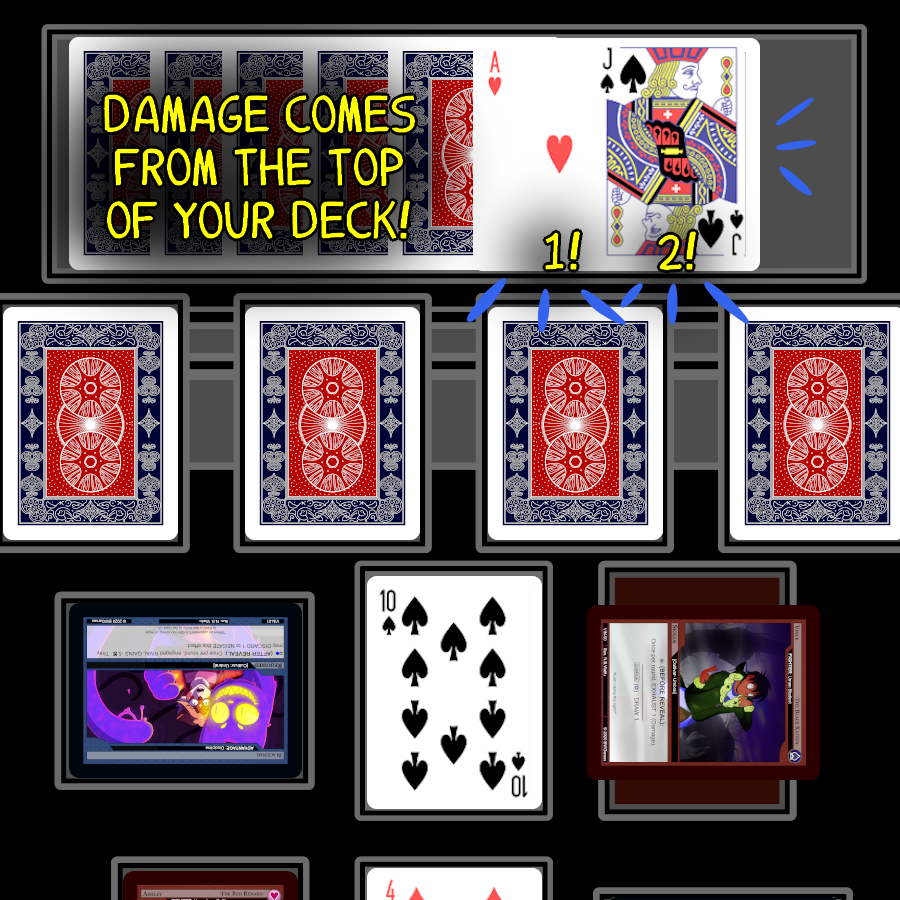 Player B has 7 Damage in his Damage Zone! That means that Player A is the winner of this Act! Good game!